Welcome to the world of Security Tokens

DESICO is the world's first platform to issue, buy, and sell security tokens in full compliance with the law. Its ecosystem will disrupt the global $155 billion venture capital market by introducing security tokens through blockchain.

Key components of the DESICO Ecosystem

DESICO will operate a global EU-based platform offering a fully compliant way for businesses to issue ICOs, and for token buyers to acquire and trade these tokens.

DESICO will operate a fully regulated exchange. It will provide security tokens with immediate liquidity after the successful completion of an ICO on the DESICO platform.

DESICO users will be able to manage both crypto and fiat holdings within the platform. They will also have the opportunity to exchange their cryptocurrencies into fiat currencies within the DESICO exchange.

DESICO will operate fully within the current securities and crowdfunding laws of the Republic of Lithuania, a European Union and Eurozone member state.

The supply of DESI tokens will be fixed. All DESI tokens will be created at one time during DESICO’s token crowdsale. Due to their limited supply, the scarce number of DESICO tokens in circulation will increase in value as the demand for them increases.

Projected volume of ICOs on the DESICO platform

As the DESICO platform evolves, it will onboard more startups who will need to purchase DESI tokens to spend on platform services.

As DESICO grows, more tokens will be listed on its exchange, and trading activity on it will grow thus increasing demand for DESI tokens.

Why is blockchain essential for DESICO?

Blockchain will allow DESICO to implement the tokenization of securities. It will bring a number of advantages for global financial markets, in particular, the removal of intermediaries who need to be paid for their services.

The use of smart-contracts will enable the full decentralization of the DESICO platform and its services. Thanks to smart-contracts, various service providers and DESICO community members will be able to offer their services on the DESICO ecosystem, and communicate directly with ICOs.

DESICO will build an efficient and fully transparent platform, which stores transaction-level data on the blockchain. DESICO is also considering using a sidechain to facilitate and record all transactions relating to the sale and purchase of security tokens.

DESICO will sell 51% of the total token supply during all stages of the crowdsale event. Unsold DESI tokens will be burned. Tokens allocated to the team will have a lock up period of 12 months. 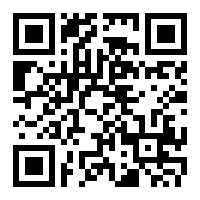